In my work I tend to use procedure, perspective, and scale in order to reframe my subject matter. I like to play with chance operations, relinquishing creative control, and allowing for unpredictable results. In the series “Scan”, I am exploiting the limitations of my scanner in order to introduce intentional glitches into the process. Much like darkroom techniques like burning and dodging, or the placement of objects directly onto the photographic paper's surface to create photograms, each exposure represents a choreographed movement, a moment in time captured on a two-dimensional surface. By using trial and error, I reintroduce the possibility of happy accidents into the sterile and precise process of digital imaging. I have worked my way through a collection of scannable curios, from paper grids and greyscales to lights and reflective materials. I am now focusing on CD's and DVD's, thereby introducing a digital storage medium back into the scanning process.

". . . Eisen explores similar notions; looking at the aesthetic effects of movement and reflection in a digital technology that renders the material into data, this time in a two dimensional framework. The resulting works resemble ethereal landscapes, floating apparitions or maybe distant galaxies, however the pieces are more than merely finding shapes in the clouds, there is the presence of sheer volumes of space and distance, and the photographic feeling of capturing the image of something living and breathing. The images stimulate more questions than answers, with the viewer unable to come to any concrete conclusions about the works, leaving them in a sublime limbo."

"The tyrant masterful hand that crafted her previous series of dioramas (little, neurotically perfect worlds, on their own right), now recedes into the experimental unpredictiveness of her new method. There is still an author and a machine, but none of them can create her works without the other . . . Introducing an intentional glitch on working replicating machine, she reintroduces chaos and surprise into the pictures."

". . . some, like the image above, almost have the look of the half-developed sheets of photographic paper that I used to scavenge from the darkroom wastebaskets because I thought they were so lovely. But nostalgia for materials aside, these are seriously intriguing images. Some have an almost-scientific quality to them that turns me off a little, or at least doesn’t grab me in the same heart-pulling way that the soft, dreamy ones do. Even so, the mass of lines reminds me about how scanners actually pick up information from objects, flat surfaces, negatives, and the like. The tangles make me think that Leanne’s tricking the technology, forcing it to bend to her artistic will, and in the process, the software revolts and goes haywire. This could be part of the appeal for me—or it could be the fascination of not really knowing quite how the images are made."

- Elena Potter, Plan for a Miracle: Explorations in Toronto Art 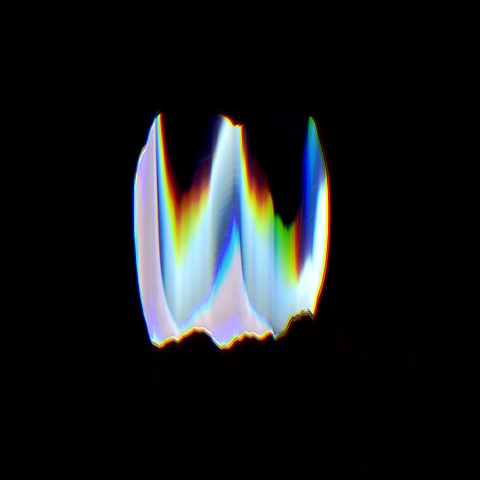 Manitoba, Up in Flames
30x30 inches 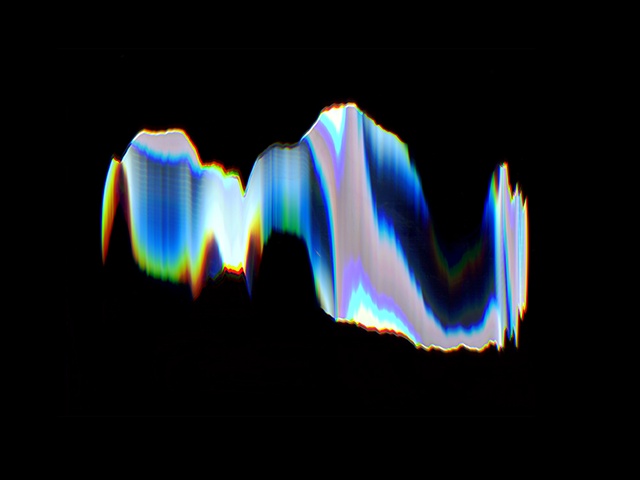 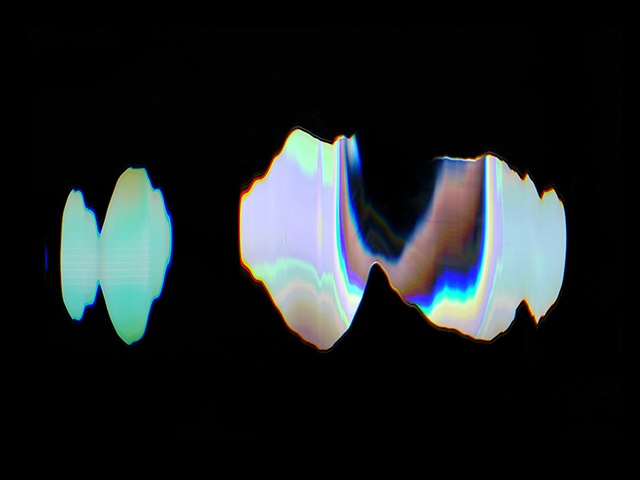 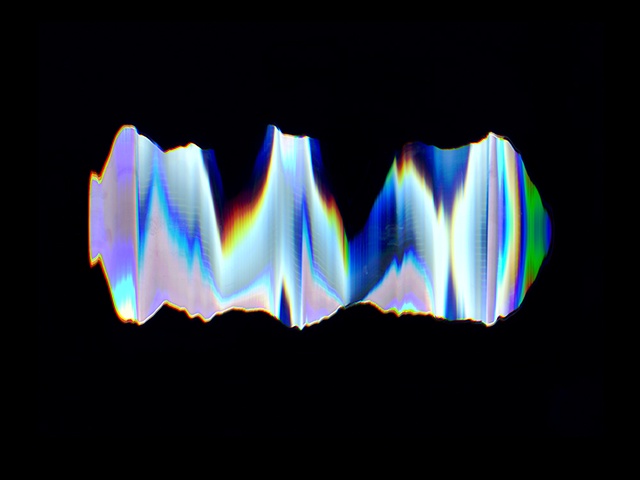 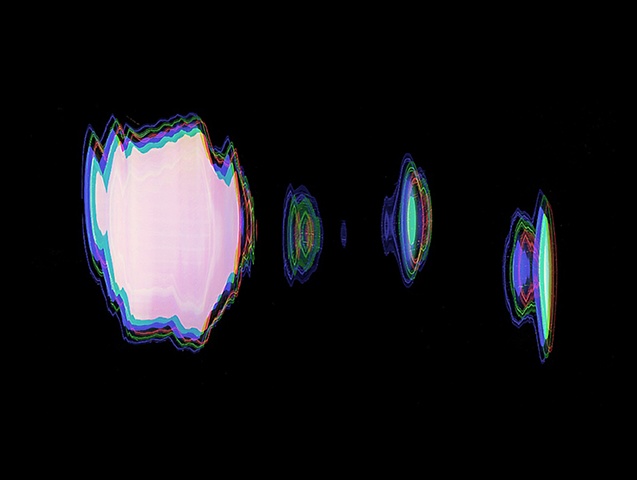 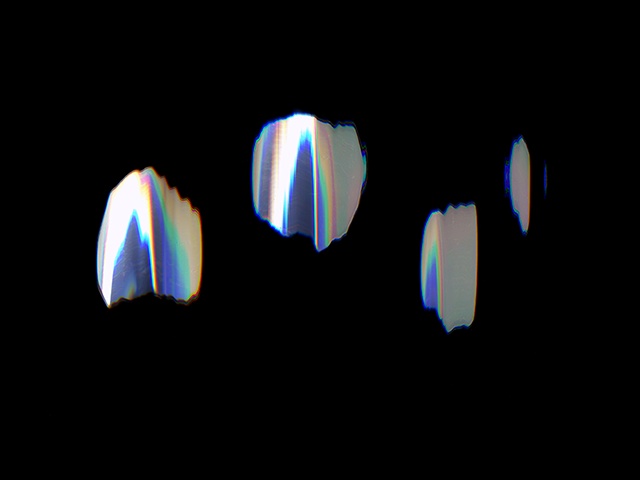 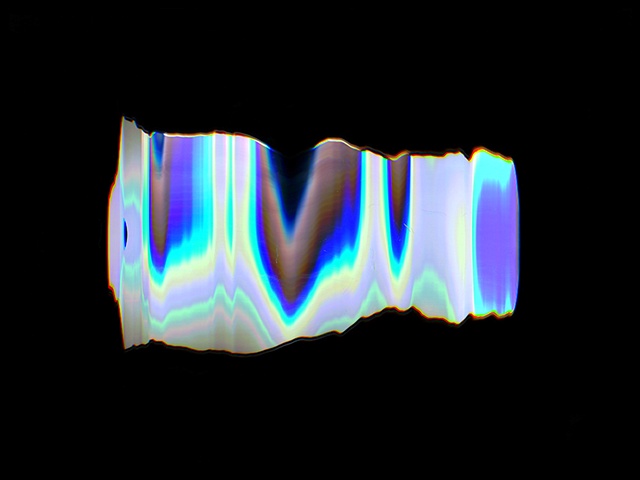 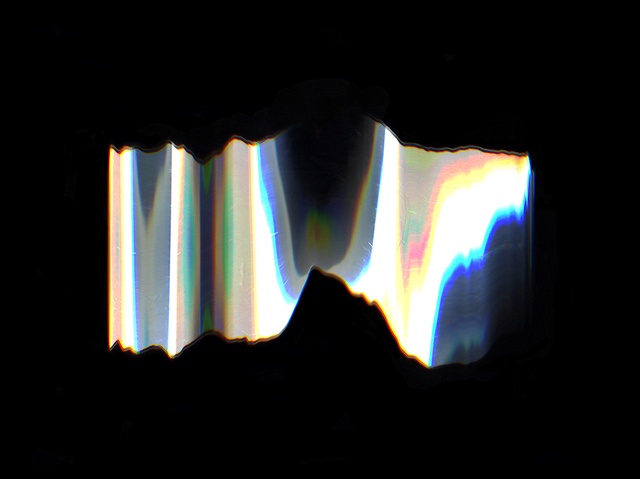 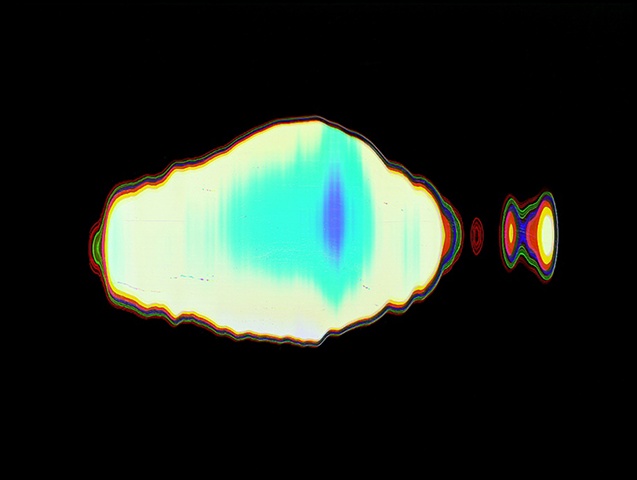 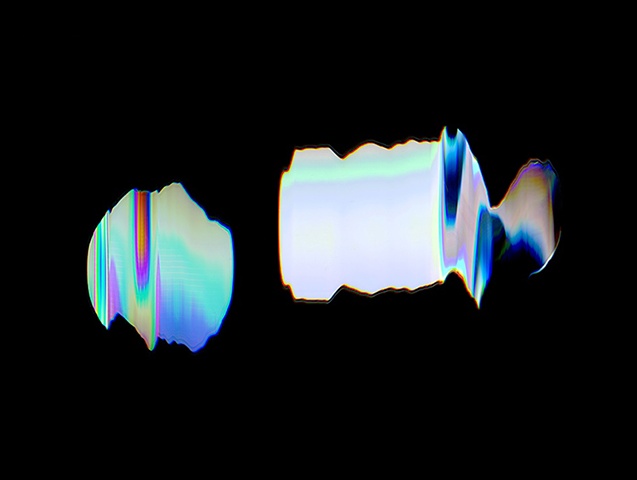 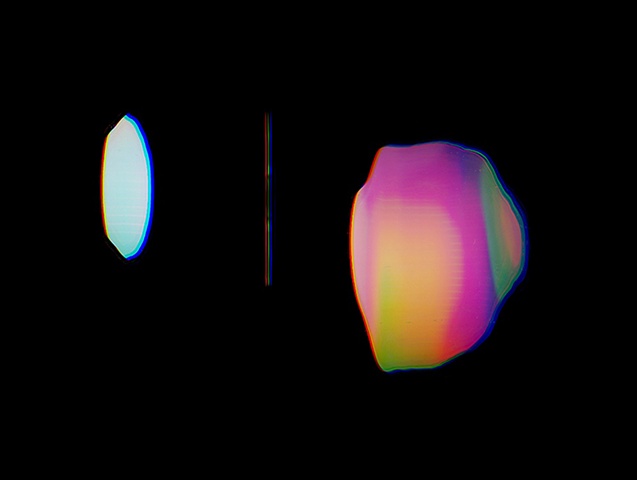 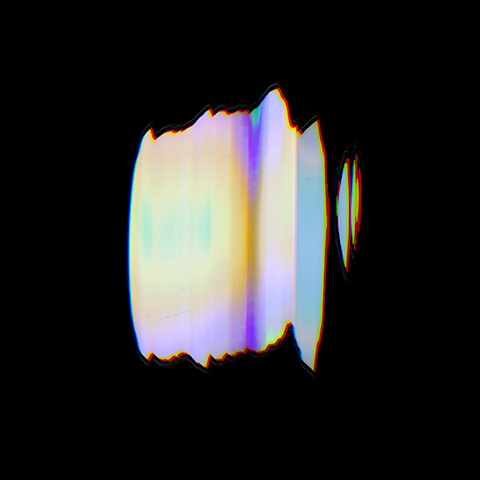 Immaculate Machine, Ones and Zeros 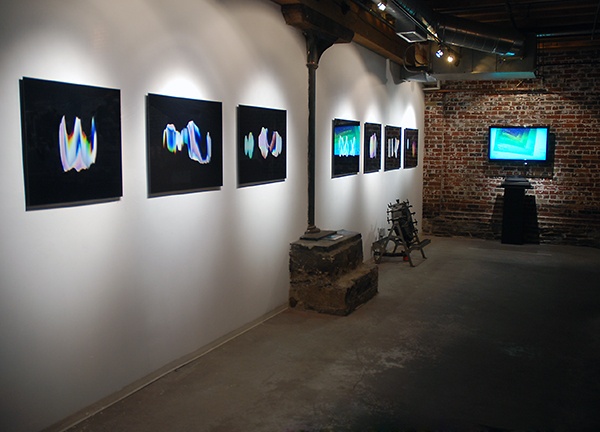 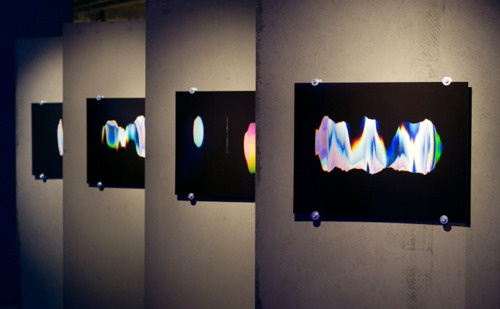 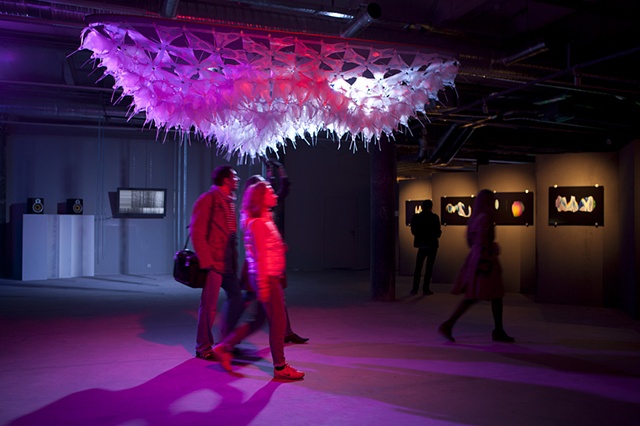 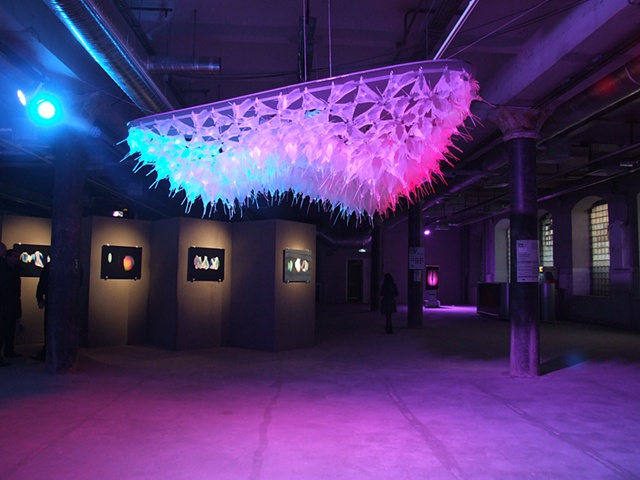